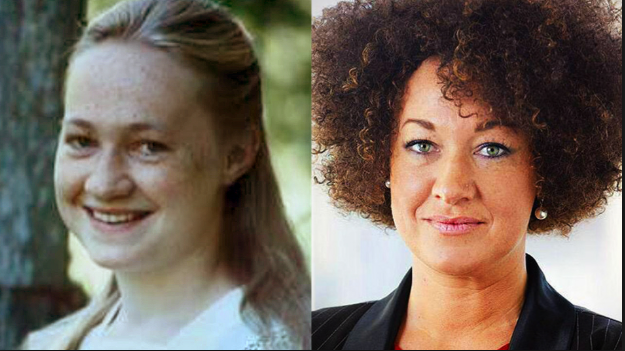 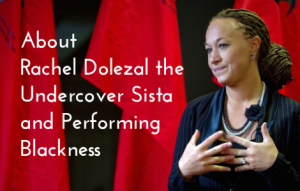 Have you heard of Rachel Dolezal? Until Monday she was the president of the Seattle chapter of the NAACP. She resigned after it became obvious that she is a white woman who pretended to be black:

Rachel attended a black university (Howard) and got a Master’s degree in fine arts. Her subjects were usually black men. She married a black man. She had children with him but the only problem was that she is…white.

So she began to try and look black. She changed her hair and she tanned her skin. Before she tried to become black she even sued Howard University for treating her badly because she was white. But now she’s black and she told police she was the victim of hate crimes. And in 2010 she said she would be nervous going to Tea Party rallies because of all the white people there (obviously she wasn’t including herself):

Rachel Dolezal, the fake-black-actually-white NAACP leader, said in 2010 that she would be “nervous” about going to a Tea Party rally — partially because there would be so many white people there.

“Dolezal, who is multiracial, said she could not imagine showing her face at a Tea Party event,” stated a 2010 article in the New York Times. “To her, what stands out are the all-white crowds, the crude depictions of Mr. Obama as an African witch doctor and the signs labeling him a terrorist.” 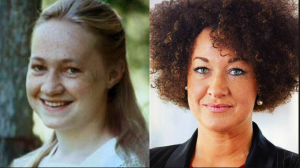 “It would make me nervous to be there unless I went with a big group,” the Times quoted Dolezal as saying. Dolezal is president of the Spokane, Wash., chapter of the NAACP and had been successfully portraying herself as a black person for years — until her parents outed her on Thursday.

MSNBC “reporter” and resident idiot Melissa Harris-Perry (who is black) had this to say about the faux black Dolezal:

“Is it possible that she might actually be black?”

Liberals seek to change anything to suit their needs… but you can’t be lily white and claim you’re black then attack white people because you’re suddenly a minority.

Liberalism is a mental disease and Dolezal’s brother seems to confirm that:

“She used to tell us that teachers treated her differently than other people and a lot of them acted like they didn’t want her there,” Ezra said. “Because of her work in African-American art, they thought she was a black student during her application, but they ended up with a white person.”

He said that the experience made her angry, and it was then that Rachel started being “hateful to white people.”

I hope her Obamacare covers her mental illness treatment.