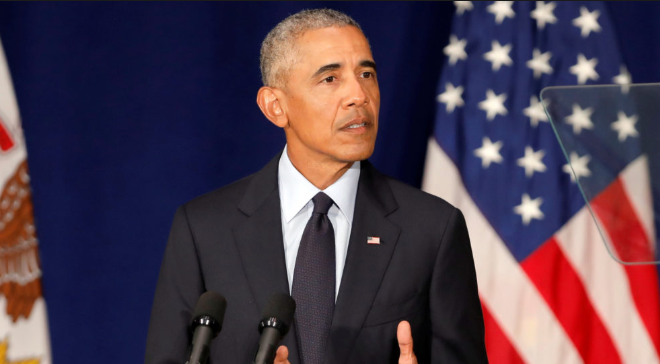 After the Charlie Hebdo massacre, Islamic gunmen seized a Jewish deli and shot several Jews inside. Here’s what Obama had to say about that:

It is entirely legitimate for, uh, the American people to be deeply concerned when you’ve got a buncha, uh… violent, vicious zealots, uh, who behead people or randomly shoot… uh… a buncha folks, uh, in a, in a deli in Paris. Uh…

After 21 Christians (chosen by Islamists because of their religion) were beheaded here’s what Obama’s White House had to say:

The United States condemns the despicable and cowardly murder of twenty-one Egyptian citizens in Libya by ISIL-affiliated terrorists.

Obama won’t say Islamists targeted Jews or Christians because he likely doesn’t want to acknowledge that it is a religious thing. 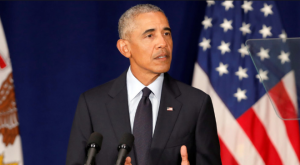 Of course, Obama will talk about Christianity if it is to discuss the Crusades:

Republican governor of Louisiana, Bobby Jindal, had this to say:

We will be happy to keep an eye out for runaway Christians, but it would be nice if he would face the reality of the situation today. The Medieval Christian threat is under control, Mr. President. Please deal with the Radical Islamic threat today.

Obama doesn’t want to alienate the world’s Muslims who are on our side but he can at least acknowledge that the “extremist” segment of their society is not on our side.

However, lest we think a majority of Muslims would be appalled at what ISIS is doing, let us remember this poll taken:

Maybe they’re not such a minority after all?

By refusing to acknowledge the obvious, Obama not only makes himself look like a fool but likely has a blind spot big enough to drive a bus with 100 jihadists through and into the U.S.

And that appears to be the plan:

A senior FBI official has admitted the United States is finding it virtually impossible to screen out terrorists that could be hiding among the thousands of Syrian “refugees” heading soon to American cities.

The U.S. simply does not have the resources to stop Islamic radicals in Syria from slipping into the country through the State Department’s refugee-resettlement program, said Michael Steinbach, deputy assistant director of the FBI’s counter terrorism unit.

The problem we are going to have with jihadists because of Obama over the next ten years will be exactly like the issues we had created by Carter and then Clinton. Democratic rule appears to foster this type of situation.

I call it “ignoring the obvious.”

Previous
Next Create The Best Tapestry For Your Loved Ones