In late 2011, I found an interesting watch at Sears. It was a new Elgin. It appeared to be an automatic watch with a beautiful, elegant, masculine old world look. The perfectly proportioned 45 millimeter case has the rich look of rose gold or polished bronze. This watch looks like something Captain Nemo would wear. It reminds me of a ships portal or a vintage deep sea diver’s helmet. On the right side of the dial, the face of this watch has a 15mm subdial for the hours and minutes. On the left side of the dial, an 8 millimeter subdial with a tiny second hand sits on a raised platform within a larger window that reveals elements of a mechanical movement. The watch looked just right for the office so I bought it. Since the sales clerk said the watch was an automatic, I passed on a service plan because she said it would never need batteries.

I was excited to wear my new Elgin watch. It was my first watch with an exhibition caseback. I eagerly watched the rotor spin and wondered how long the watch would run. But, soon the strange and mysterious behavior began. If I was working quietly at my desk without moving, I noticed that the Elgin’s second hand would stop after awhile. Yet, mysteriously the watch still kept accurate hours and minutes. I thought this must be a sophisticated mechanism to conserve energy during periods of inactivity. Since the watch had no accompanying literature or instruction manual, I was simply mystified.

I wore the watch all the time for a couple of weeks before laying it aside for others in my collection. Amazingly, the watch didn’t ever stop running. I’d come back four days later and find that the watch was still keeping accurate time. At first, I chalked it up to the watch having an amazing power reserve. Then I realized that my Elgin was running for longer than the finest Swiss watches in the world. I started asking around on watch boards like My Wristwatch Forum. There I found out some news: this beautiful Elgin Watch isn’t an automatic. It’s a quartz watch powered by batteries. Only the second hand is driven by the rotor and mechanical mechanism. For a long time, I didn’t fully believe it. The watch really looks like a fine automatic. But, I read on Sears.com that the watch has a quartz movement. 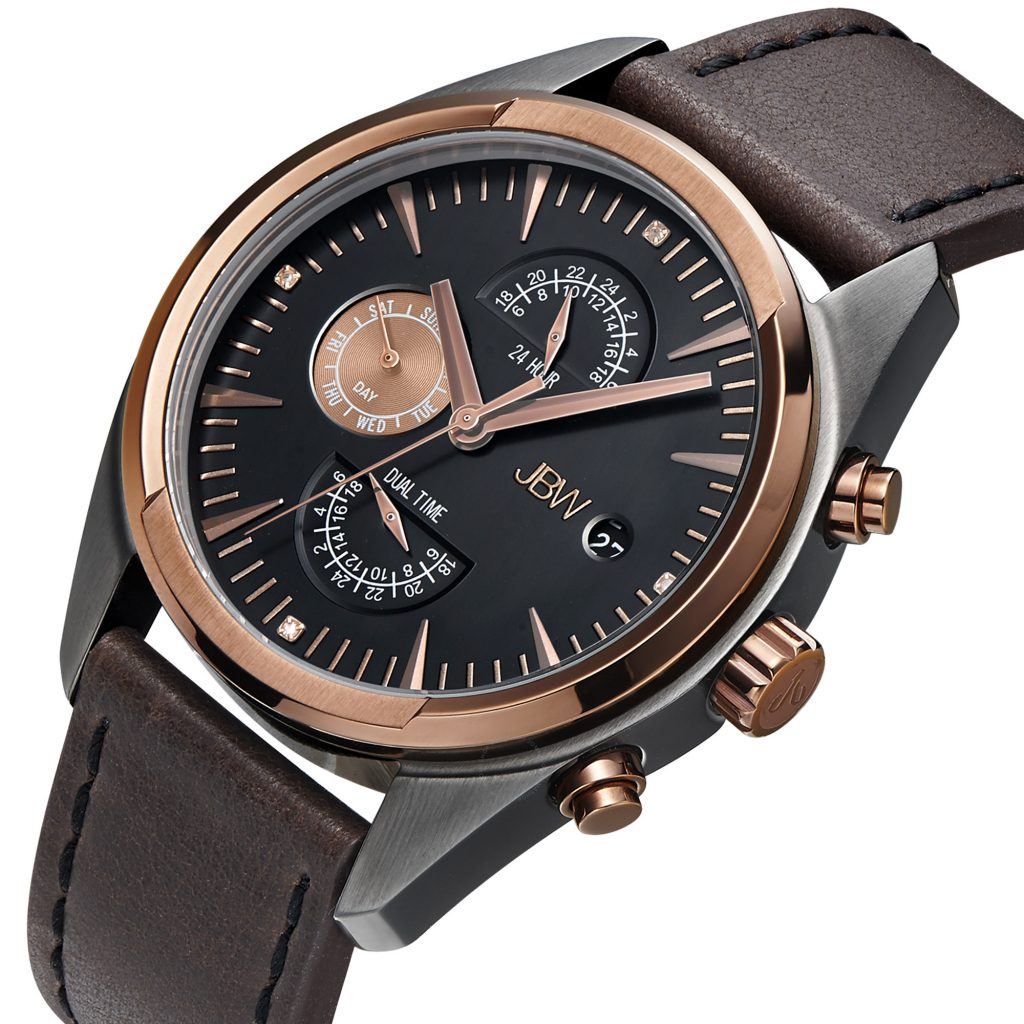 At first, I was dismayed by the discovery that this watch isn’t what I originally thought. It reflects poorly on MZ Berger, Sears, and the Sears sales force. However, the watch remains one of the coolest looking timepieces in my collection. It sells for just $52.00 on Sears.com and is worth every penny. But, from now on, I’ll make sure I ready up on any watch I buy just to make sure that I know exactly what I’m getting. The individuals who are fond of watches the olivia burton watches would be an ideal choice for them as this brand is evolving  a beyond expectation.