10 Pro Tips to Win Clash Royale Like A Boss

Online games have been a rage since the 90’s. With the advancement of technology and graphics as a whole, the entire experience of online gaming has become way more fun. Now we can play game on our smartphones which has been extremely successful for game makers because now one doesn’t have to be only at home to play their favourite video games. You can play games on the go, during college or office breaks, on your way to, or from work, anytime, anywhere.

Several companies have successfully launched many strategy games and they have tended to do better in multiplayer form. One of such games was Clash of Clans which was launched in 2012. It was an instant sensation and got gamers hooked for hours. Supercell decided that Clash of Clans could do with an upgrade and hence, they came up with Clash Royale.

Using the elements, characters and storyline from Clash of Clans, the developers made something better and more challenging and needless to say, it paid off well.

Clash Royale is a free, real time strategy game, based on the elements of Clash of Clans. So, if you were a Clash of Clans fan, you will absolutely love Clash Royale. It falls under the collectible card game section and was launched by Supercell in 2016. Ever since its inception, the game has been doing exceptionally well. You can make your clan and play with players all over the world and engage in battles in real time. The game is always active and exciting and is constantly updated with better and more amazing features. Clash Royale has won many awards in the gaming world. One notable award was the AMD eSports Audience Awardwhich shows how popular it is amongst its fans.

You can engage in battle with other clans at the battle arena. You have to protect your tower with good defence and a smart deck. The deck contains 42 cards. The trick to win is to spread out your defence innovatively and use the deck in such a way that your enemy is laid defenceless. The combination of the right kind of cards from the deck is what can make or break your battle. So, making up a really strong deck and using it efficiently is the key to be a champion in Clash Royale. You have princes, baby dragons, knights, along with hog riders, giants, wizards, witches and everything magical you can think of. Using your spells and defences will help you collect trophies and become a worldwide sensation. The more trophies you have, the stronger your clan will be. To get a better idea on how to make and use your cards well, you can check this page for more decks.

Use these basic strategies and you’ll have a good winning streak in Clash Royale. 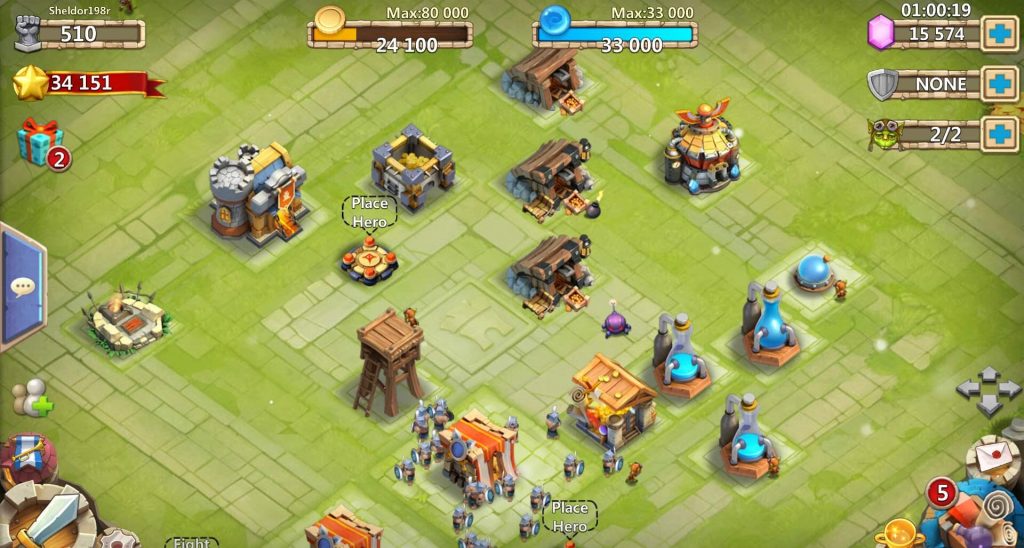