Pakistan – One of the Oldest Civilizations

Mosques, mosaics, carpets, rugs, warfare, cricket and Islam. These are just a few words that describe Pakistan. And indeed, the country has a lot to offer. It’s one of the oldest civilizations; its mountains have a third of the highest peaks in the world; they’re the best carpet or rug manufacturers; the best military air pilots are Pakistani; and none the less, they have one of the most competitive cricket teams. 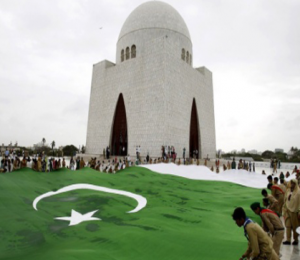 But most of all, they have one of the most polite and respectful populations. Pakistanis are welcoming and friendly. They are very diplomatic and will sugarcoat their words, use euphemisms or be very ambiguous when they deliver bad news. Pakistanis love to talk and half of the conversations at the workplace consist of small talk. They serve tea at any place, as it’s a sign of hospitality. It doesn’t mean you’re supposed to drop formalities. A friendly Pakistani doesn’t necessarily mean a friend. They love jokes, but generally dislike sarcasm or offensive humor, so keep it simple and lighthearted.

Quite strangely, smoking is widely accepted, but drinking is not. Pay attention to religious celebrations and don’t disturb anybody during those days. Don’t comment on religion, petroleum or international conflicts. Eat as much as you can when you’re invited for dinner. Not only you’re showing your appreciation, but it’s also a bad sign when you cook large amounts of food and it goes to waste. Also, if you step over a child’s feet or any other part of its body, that kid won’t grow anymore. If you stay on the porch or near your house’s door during the evening, it invites bad spirits inside.

If you’re going strictly to visit, Karachi is a large sea port and famous for its textiles. The same goes with Lahore, known for its production of carpets, but also for being a city with a long history. The Pharwala Fort, Saidpur or the Lok Virsa Museum are popular tourist attractions in Islamabad. Mosques are a must-see at the end of Ramadan. Weddings are also rich in traditions.