Colorado’s Royal Gold (RGLD) decided to get in early with a US$175 million gold stream transaction on Euromax Resources’ (TSX-V: EOX) Ilovitza greenfield project, which, if all goes according to plan, will become Macedonia’s first modern gold mine.

In an interview with Mineweb Tuesday, Royal Gold Vice President of Operations William Zisch—who has worked on various international assignments developing mines for Newmont Mining and has been involved in due diligence for numerous projects in Royal Gold’s portfolio since 2009—noted that getting in early on a project gives Royal Gold the opportunity for more involvement in project development.

Ilovitza is located three kilometers east of the village of Ilovitza in the southeast of Macedonia, only 15 kilometers from the country’s border with Bulgaria.

The open pit project’s good infrastructure—which includes close proximity to a paved road to haul concentrate to the Petrich rail loading department and rail transportation directly to the Pirdop smelter in Bulgaria—met one of the criteria Royal Gold seeks in an investment, said Zisch. Access to power is also located close by.

“A good, solid resource base”, which thus far contains measured and indicated resources of 2.45 million ounces of gold and 905 million pounds of copper, was another important criteria for Royal Gold, Zisch noted, although a pre-feasibility study (PFS) for the project was only filed in July.

The PFS calls for average annual production of 95,000 gold ounces and 16,000 metric tons of copper at all-in costs of $334 per ounce over a 23-year mine life. Initial project capex is estimated at US$501 million.

Once in production, Euromax will deliver 25% of any gold produced from Ilovitza until 525,000 ounces have been delivered, when the percentage will be reduced to 12.5%. RGLD will pay 25% of spot price per ounce upon delivery.

Meanwhile, Euromax has begun to recruit a team of Community Liaison Officers to expedite the stakeholder engagement and community liaison programs for the project. “The intention is for local people to have free access to the community office and communities team,” said Euromax. “This team will form the basis for the Community Relations group required during construction, operation and closure.”

In its presentations, Euromax claims the project enjoys “unprecedented local, national and international support,” which also appealed to Royal Gold, said Zisch. The project is “fully endorsed by [Macedonia’s] Prime Minister Gruevski and President Ivanov,” according to Euromax.

Ilovitza is the first greenfield development in the Balkans region of Europe in more than two decades. Macedonia is ranked 25th for doing business in the 2014 World Bank statistics. The Macedonian government is endorsing mining projects and “upgrading mining law to EU and consistency.”

Euromax said the country also offers “a straightforward and enlightened permitting process,” which has already allowed Euromax to have an “advanced project with permitting significantly progressed.”

Zisch said Royal Gold was also attracted to the geographic diversification of the project.

Royal Gold was especially enthusiastic about the staged gold stream transaction, which will be done in three tranches. “We like our ability to stage our investment”, Zisch explained, which permits Royal Gold to have certain conditions met during the progressive stages of the projects. 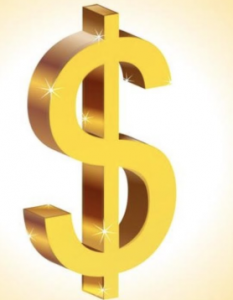 The first two tranches will be used to further project development, project permitting, and the completion of a definitive feasibility study and basic front end engineering study (FEED) planned for 2016.

If all goes according to plan, Ilovitza will commence production in 2018.

In a news release, Royal Gold CEO Tony Jensen said, “The Ilovitza represents a well-structured low-cost option on a long-life asset … Royal Gold is proud to assist in securing the financing necessary to significantly advance development and construction of this property.”

In a presentation to the Denver Gold Forum last September, Jenson said he much prefers growing the company asset by asset. Royal Gold is one of three players—including Silver Wheaton and Franco Nevada—which dominate the $25 billion royalty/streaming portion of the mining sector, which many junior and mid-tier mining companies are depending upon for capital in a tough financing environment.

Euromax Resources’ top management, who are based in London, did not respond to Mineweb’s request for comment Tuesday morning. In an announcement published Tuesday, Euromax CFO Varshan Gokool observed “the stream represents only 14% of our gold equivalent production and will satisfy 31% of our expected construction capital expenditure and further improve the Project IRR [investment rate of return].”

“We are absolutely delighted to be able to welcome Royal Gold as long-term partners at Ilovitza. We believe their commitment, which follows extensive technical, environmental and legal due diligence is a strong endorsement of the Ilovitza Project,” Sharpe said in the news release.

However, not everyone is thrilled with deal. Analyst Adam P. Graf of Cowen & Company said he is taking “a neutral position on the transaction, as a reasonable amount of development risk remains. The project has yet to undergo a Feasibility Study, then the construction.”

“The acquisition of the Euromax stream increases RGLD’s exposure to development projects,” said Graft in analysis published Tuesday. “Currently, the company’s portfolio is made up of ~72% producing assets and ~28% pre-production. Approximately 80% of our RGLD NAV is attributable to gold-based structures.”