A Shrek-themed birthday party remains one of the most popular types of birthday parties for kids. As I have three kids all under ten years of age, I am well acquainted with the fascination kids (and many adults for that matter) have for the charming green ogre that has been around now for nearly ten years.

For those looking to throw a Shrek themed birthday party, the good news is that there are no shortage of ideas that will fit a wide range of budgets.

The key to having a Shrek themed birthday party is to always think ‘green’. No, not ‘green’ in the environmental sense necessarily, but Shrek green…and swamp green. 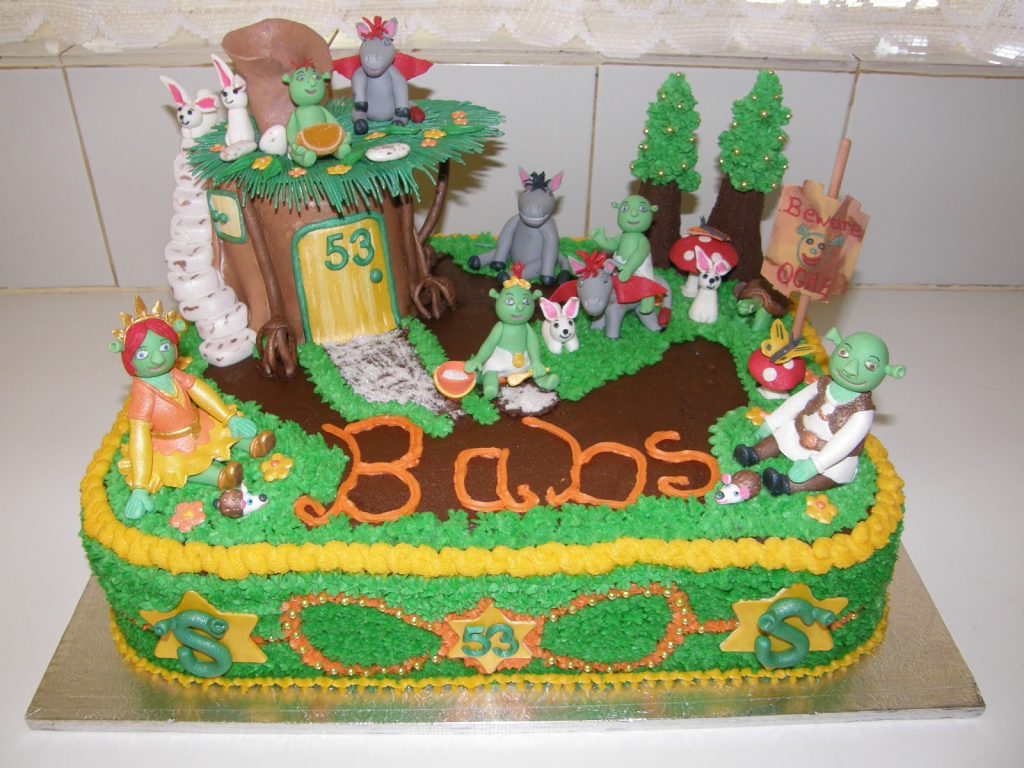 We threw a Shrek themed birthday party for our six year old and it was an event that he, and his friends, will never forget.

First, we converted our basement in our weekend home into a swamp of sorts. We took rolled up the rugs downstairs and painted the floor a Shrek like green color (yes, we love our son). With that in place, already we were well on our way to a comprehensive Shrek theme.

But having made the commitment to paint our floor, we had to go all out on all of the other details. We bought green vines off a party store website and laced them all around the walls…scotch taping them (you can do it without seeing the tape), and draping them over furniture, tables and even the pool table (which was safely covered up). We also filled up about a dozen Shrek head balloons with helium and had them float near the ceiling.

For refreshments, we got some green food coloring and made the punch a very bright green. All kids love jello and the lime green variety worked quite well.

As we have a big screen television in the basement, we put the Shrek movies on in the background, though with the sound turned down, and had the Shrek soundtrack playing throughout the day.

For games, we had the obvious: pin the tail on donkey. As an added twist, and one that made the adults laugh, we put Eddie Murphy’s face on a large printout of Donkey’s body. While the kids didn’t quite get it, it’s okay to throw something in there for the adults.

Speaking of something for the adults, we added green food coloring to the beer.

For the girls at the party (it was nearly 50/50 between boys and girls), we gave out princess crowns when they arrived. 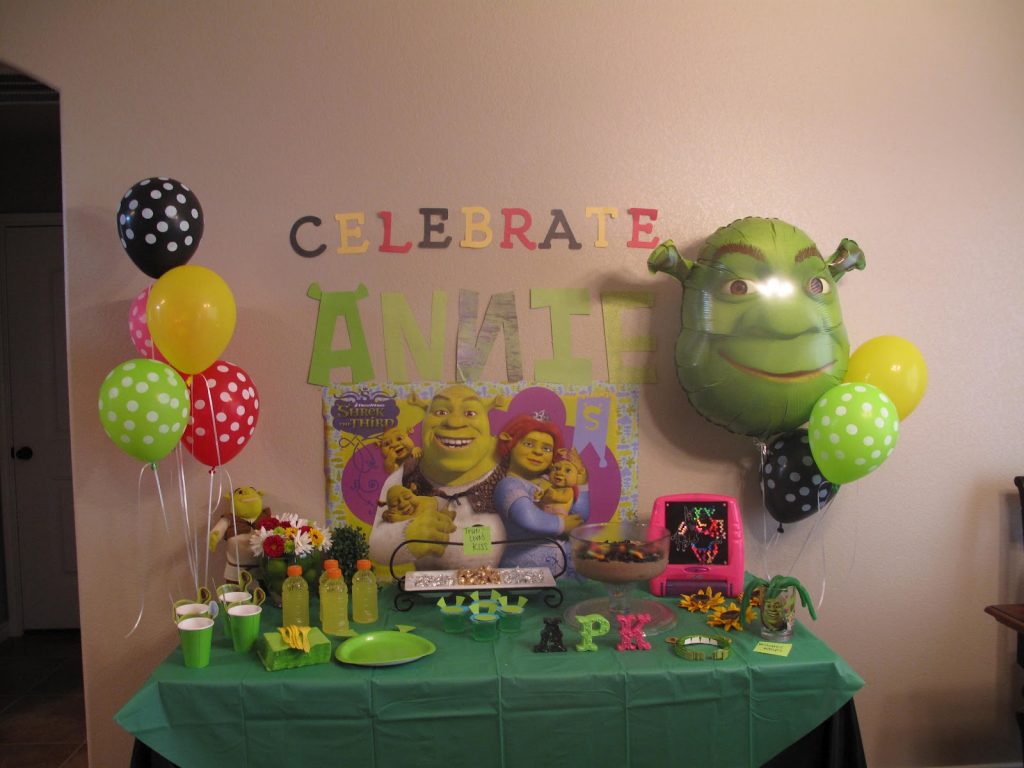 Finally, we had our local bakery make a cake the shape of Shrek’s head and with pistachio flavored green frosting. It was the hit of the party.

The theme was so enjoyable that the children were going nuts and the whole family truly had the time of their lives after a long time, so much so that it was hard for the kids to contain themselves and they resorted to sobs when it ended. Next year, I plan to organize a bouncy castle theme which I am sure they will love a lot more as they are exceptionally fond of bouncing off balls in amusement parks and this will be a whole new experience for them.