Brian Williams is Dragging NBC Down? What about MSNBC?

I read a story earlier today about Brian Williams, the NBC anchor who is now on a 6 month suspension and, most likely, will never return from it. Apparently, the brass at NBC is concerned Williams was tarnishing the new division. 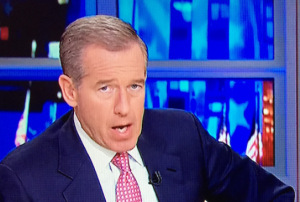 Every day people like Al Sharpton go onto the airwaves under the MSNBC banner and make themselves – and their owners – look like morons. Rachel Maddow. Chris Matthews. And endless stream of idiots.

MSNBC is a disgrace and with all of the time and attention spent on Brian Williams the elephant in the room is conveniently ignored. 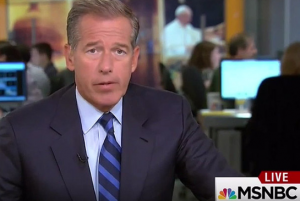 I simply can’t understand why the idiots at NBC would not want out, immediately, of their relationship with that news channel. Their ratings are in the crapper, their hosts are delusional, and they have screaming mad Liberal bias.

Regardless whether Williams is fired or returns, NBC is done being a trusted name. The only difference between what happened at NBC versus what is happening at MSNBC is one is being held accountable while the other is not.